“An act of traversal adjoins film and the city,” wrote Giuliana Bruno in 1997, “[a]n architectural ensemble is read as it is traversed. This is also the case for the cinematic spectacle, for film is read as it is traversed, and is readable insofar as it is traversable” (Bruno 1997:15). Philipp Röding takes the debate that sprung up when foster + partners proposed to erect a 300m tall observation deck called The Tulip in London’s financial district as an opportunity to contemplate how the city is made subject to the “scopic regimes” of the spectacular as well as the speculative.“

Nipped in the Bud

In May 2019 Sadiq Khan, then mayor of London, vetoed an application to construct the Tulip, a 300m-tall observatory on 20 Bury Street, adjacent to the Gherkin building, directly in the city’s central business district. The Tulip was promoted primarily through digital render films that showed how the finished building would look like amidst its surroundings. In my presentation I want to approach these films and suggest that in their ambition to depict a future not yet realized they unite the regime of the spectacular with that of the speculative.

Philipp Röding is a PhD-candidate at the research collective Configurations of Film. He is currently finalizing a thesis on skyscraper observation decks. He is also a member of PARA, a collective working on altering the temporal fabric of the city and the construction of speculative futures. 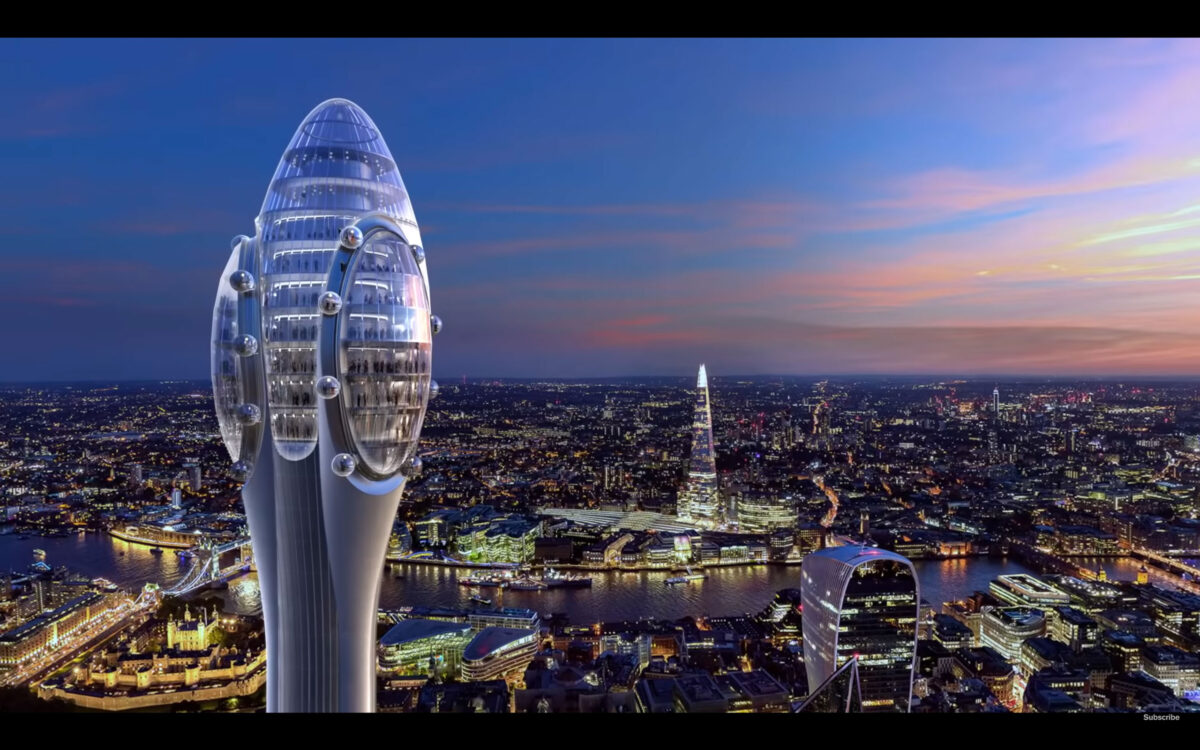