There is no field in science, indeed there is no knowledge society, that can do without film. After all, film technologies—photography, documentary moving images, data visualizations, screen and movement technologies—have accompanied us like a constantly growing shadow ever since the production of knowledge. The use of recording and visualization technologies as well as the implementation of data and algorithmic technologies are meant to expand the fields of knowledge and to minimize the discomfort stemming from the insight that there is much more that we do not know than what we know. The contributors to the fifth panel, titled “Cinematic Sciences,” are looking at the use of film techniques in astronomy, endoscopy, prenatal diagnosis and tracing back cinematic knowledge as it is situated in history. The talks crystalize the knowledge relations that are mediated in, with, and through film techniques and practices, at the same time questioning the conditions, borders, and edges of these knowledge-generating practices in the field of natural sciences.

Elastics of the Film Mouth

From the very earliest beginnings of film, the mouth has served as an image of cinematic space. In the British silent film, The Big Swallow (1901), for example, a man reacts to the presence of the camera by walking toward the screen, opening his mouth and eating the camera. Pitched into the man’s throat, the screen turns black and the depths of the mouth—dark and intimate— become identical to the screen. But far from simply representing themes of orality, my paper will argue that the film turns us back toward the body as a site of cinematic knowledge. The mouth is thus not a theme in the film—voice, affect, eating, etc—but an image of the film image itself. In short, the film proposes that the cinema teaches us how to see the mouth and in turn, that the mouth teaches us how to see the cinema. The Big Swallow thus figures the cinema as an art of visual consumption while also staging the mouth as itself somehow uniquely cinematic.

As I will argue, this allows us to read the mouth as a cipher for the cinema across media, even in the centuries prior to its invention. In Lessing’s Laocoon (1767), for example, Lessing obsessively worries over the statue’s mouth, which troubles the distinction between the poetic and plastic arts. Split between the abstract world of speech and the material life of the body, the mouth routinely crosses media and form. Returning to Lessing in the twentieth century, Sergei Eisenstein famously proposed that Lessing’s aesthetics thus anticipated cinema by two centuries. Soundly committed to uniting text and image, cinema thus appears in the Laocoon by virtue of Lessing’s antagonism toward the mouth’s unmasterable dualities. Tracing this history to the use of cinematic mouths in painting (e.g., Francis Bacon, Gerhard Richter), I show how orality comes to index the cinema’s hidden influence on diverse media—from philosophy to art.

Andrea Gyenge is an interdisciplinary scholar working at the intersections between philosophy, visual studies and the critical humanities. Her research focuses on themes of orality and the mouth in continental philosophy and theories of the image in visual culture (film, photography and television). Her essays have appeared or are forthcoming in New German Critique, Angelaki: A Journal of the Theoretical Humanities, Cultural Critique and Free Associations. She is currently appointed as a Postdoctoral Fellow in the Department of Visual Studies at the University of Toronto-Mississauga (2020-2021).

Images of the cosmos can be regarded as a particularly instructive corpus for the examination of the epistemological dimensions of the visual verisimilitude and aestheticization in technical images. The particular quality of the phenomenological untestability of the cosmos is at the core of the argument that these images have a fluid relationship of being at the same time recordings as well as the imaginaries of the astronomical phenomena. Considering astronomical images from the 19th to 21st century, the paper examines the historical and ontological connections between the generation of knowledge in astronomy and film/photography, thus specifically addressing one of the interest points of the conference, namely the unnoticed part of cinematic knowledge in the production of scientific evidence.

Jelena Rakin is a researcher and lecturer at the Film Studies department at the University of Zurich. In 2018 she completed her doctorate and is now working on her postdoctoral thesis on the aesthetics of the images of the cosmos. 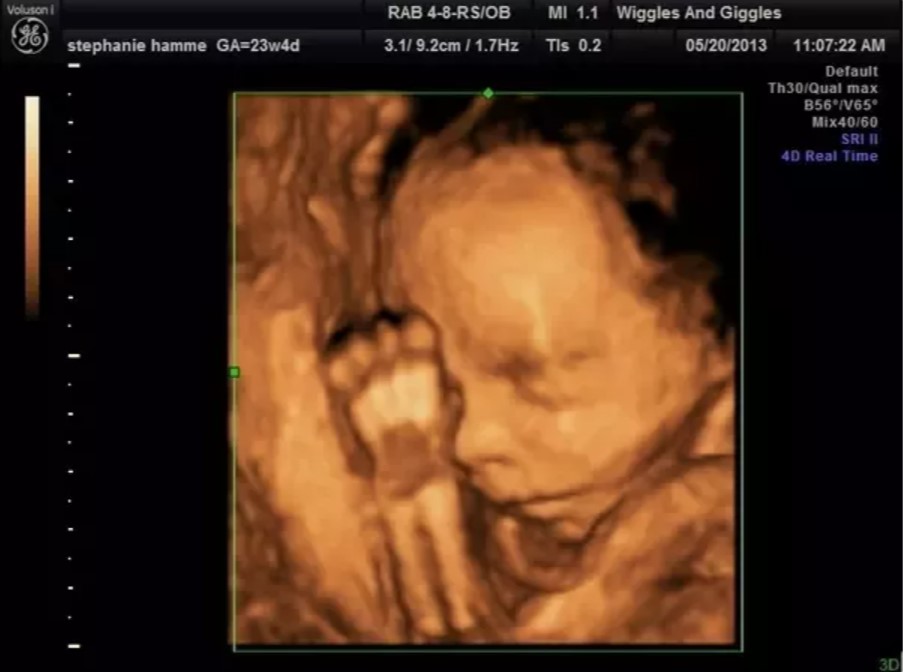 In studies about fetal ultrasound images in the United States where the anti-abortion activists use publicly these images, feminist scholars have analysed the emphasis put on the fetus seen as an autonomous living subject to be endowed with rights against the pregnant person. My communication aims at showing that the assimilation of images of fetuses to early manifestations of life (hence rights) can be fruitfully analysed through the idea of tacit cinematic knowledge. But by synthetizing a wide range of ethnographic studies about the discourses around fetal ultrasound images, which do not reduce to the idea of life, I will show that we cannot think tacit cinematic knowledge without adopting a complex understanding of the technological display, which includes actors, social positions and discourses.

A former student of the École Normale Supérieure and of the École des Hautes Études en Sciences Sociales (Paris), Claire Salles is currently working on her PhD dissertation at Université Sorbonne Nouvelle – Paris 3 under the supervision of Antonio Somaini and Emmanuel Alloa. She explores the fantasy of immediacy in theories of arts and media since 1920.