Often enough current debates thematize the future of cinematic expertise and how it will be circulated under contemporary conditions. But a look towards the past can already provide an account of the multiple ways and crossing paths of re-envisioning, re-thinking, and re-concretizing cinematic knowledge. How do modes of circulation and formats of film reshape human and non-human interactions, and what types of political action do they inconspicuously give rise to? The presenters of the first panel “Cinematic Directions” will demonstrate insights to this question while discussing specific techniques and formats within economic, political, mathematical, as well as philosophical contexts. A variety of topics will be covered, from industrial films and the question of identity and economic relations in Republican China, the role of special effects, chaos theory, and mathematics in Spielberg’s Jurassic Park, to the implicit conceptual structures within non-human object interactions.

This paper examines the relationship between industrial process films and the imaginaries of nation building in China’s Republican era (1911-1949). Focusing on a series of industrial films produced by the missionary-run University of Nanking in collaboration with the Guomindang state, I show how film supplied the state, overseas missionary institutions, and global industrialists a set of conventions for mediating both scientific expertise and tacit craft knowledges, inserting both into fraught discourses of economic development and national identity. Educational filmmakers drew on cinema’s unique status as a “synthesis of art and science” in order to establish it as a space of communication between expertise and its public performance, reframing the relationship between work, technology, economic productivity, and citizenship.

Hongwei Thorn Chen is an Assistant Professor in Communication and Asian Studies at Tulane University. He received his PhD in Cultural Studies and Comparative Literature at the University of Minnesota. Chen’s work examines how media condition crises of governmental reason, a subject he explores in his book manuscript, “Governing the Audio-visual: Educational Film in China, 1917–1952.” 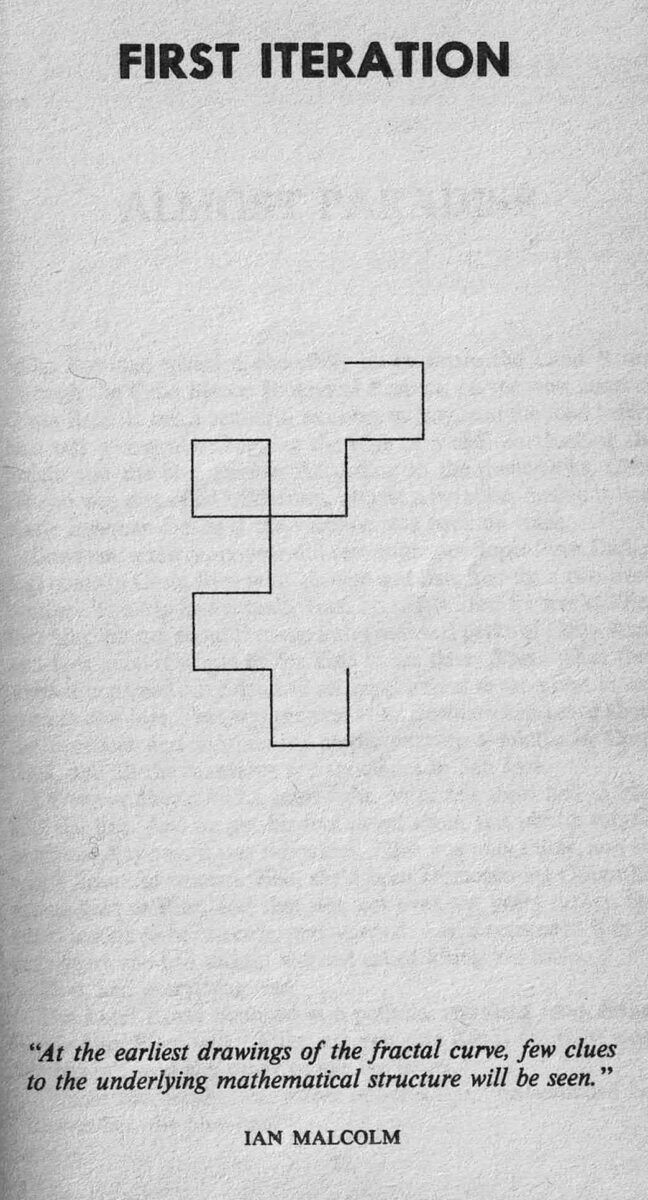 Chaos theory plays a supporting role in Jurassic Park, both in the character of mathematician Ian Malcolm, who specializes in chaos theory, as well as in the central narrative situation of unpredictability triumphing over control. Another aspect of chaos theory, fractal geometry, also plays a key role in the film’s celebrated CGI, constituting a tacit element of the film’s special effects. The fundamental shift in computer graphics to simulating natural surfaces and phenomena (e.g. dust, smoke, clouds) was due to the emerging field of fractal geometry. Although the film simplifies and distorts Crichton’s discussion of complexity, its cutting-edge visualizations of dinosaurs relied on the practical products of this mathematical field.

Oliver Gaycken is an Associate Professor in the Department of English at the University of Maryland, College Park. He is the author of Devices of Curiosity: Early Cinema and Popular Science (Oxford University Press 2015). His articles have appeared in Historical Journal of Film, Radio, and Television; Science in Context; Journal of Visual Culture; Early Popular Visual Culture; Screen; and the collection Learning with the Lights Off.

In a foundational text, Guillerme and Sebestik described technical operations as ruled by what they called an “implicit conceptual structure” (1968): they only work when done in a certain way. “Implicit” strikingly echoes Polanyi’s “tacit” dimension of knowledge; but there is a difference: the “conceptual structure” lies in the operations, not in the subject. It is not a personal knowledge. These “implicit conceptual structures” describe quite precisely the kind of knowledge which according to Gilbert Simondon is archived in technical objects. His “concretization” process thus implies a continuous exchange of knowledge between humans and machines. Case studies will show how cinematic technical objects and gestures systematically involve this nonhuman dimension in the circulation of knowledge.

Benoît Turquety is Associate Professor in the Film History and Aesthetics Department of the University of Lausanne. He recently publishedInventing Cinema: Machines, Gestures and Media History and Danièle Huillet, Jean-Marie Straub: “Objectivists” in Cinema (Amsterdam University Press, 2019 and 2020); and Medium, Format, Configuration: The Displacements of Film (Meson Press, 2019).